While more than 400 degrees were conferred during Grambling State University’s two commencement ceremonies, it was 61 GSU alumni who might have had the biggest time of all as they returned to campus as “Golden Graduates” from the classes of 1970, 1971 and 1972.

Three classes were honored this year because of limitations caused by the COVID-19 pandemic over the previous two years.

“I only arrived at GSU in January 2022, with vacancies in some key positions, including staffing in alumni affairs. Once I learned that the University had previously celebrated Golden Graduates, it was important for me to identify a way to reinstate this celebration,” said Melanie E. Jones, Vice President for Advancement, Research, and Economic Development. “The three days spent with the Golden Graduates was nothing short of amazing! Witnessing the authentic love they displayed for their Alma Mater and the joy of classmates reconnecting, gave proof that this celebration was indeed necessary and warranted.”

The Golden Graduates first gathered Wednesday night for a meet and greet and registration at the Eddie Robinson Museum before ending their visit with a campus tour and brunch with university President Rick Gallot late Friday morning.

In between, they walked across the stage to receive Golden Graduate certificates during Thursday’s morning commencement exercises before celebrating with “The Golden Soiree,” a mixer held Thursday evening at the Courtyard Marriott.

“We don’t make it back to Grambling all that often, but of course, no one has been back because of the pandemic,” said Gwendolyn Durr Bristo, who traveled with her husband and fellow Golden Graduate William L. Bristo for the event. “We did make it back for Homecoming in 2019 but haven’t been back since.”

Both Bristos said reuniting with old friends and classmates meant much to them.

“I’m just thrilled with everything that happened during our visit,” Gwendolyn Bristo said. “It was really special.” 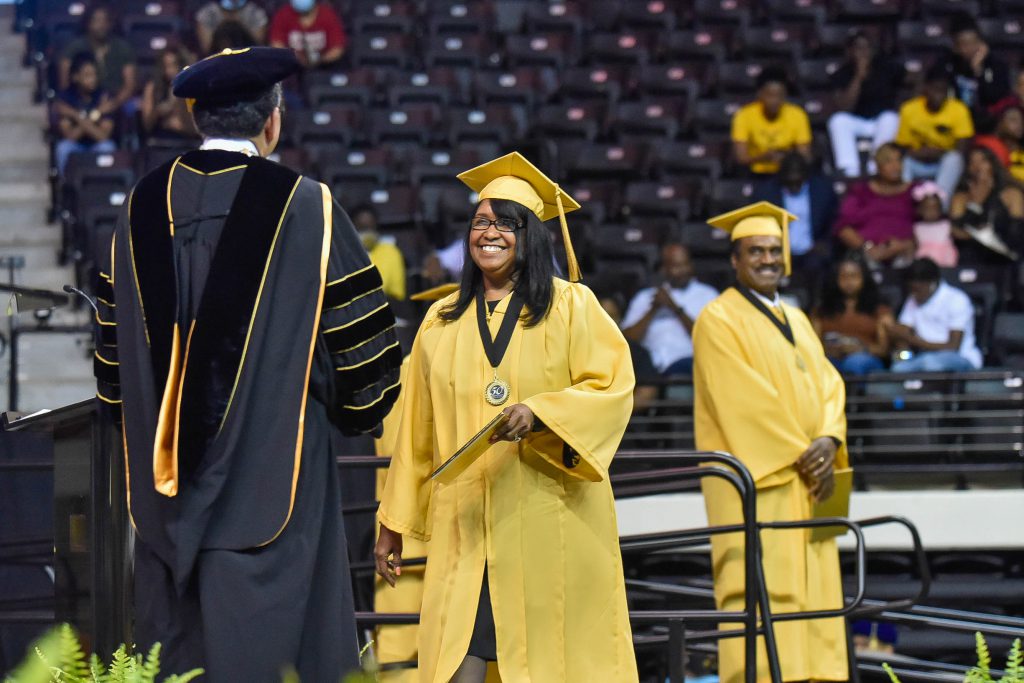 “It has been an honor to see friends and family members,” Colston said. “I laughed, I cried tears of joy seeing classmates I hadn’t seen since 1971 when I graduated. Everybody is healthy and looking well. It’s been an honor to be here, and I’ll be back at Homecoming.”

The university also received a golden gift from the Golden Graduates in the form of a $13,475 check gathered from donations collected by the three honored classes.

“We have had the chance to have a wonderful three-day fellowship of enjoyment with fellow grads,” said Golden Graduate Jackie Slack before presenting the check to Gallot. “We have been afforded the opportunity to meet and greet with former dormmates, classmates, sorors in our sororities, frat brothers in our fraternities. We danced across the floor at the Courtyard Marriott and went back home or to our rooms and used Ben-Gay. We reflected on our time here at Grambling and shared memories of those deceased and are no longer with us, but they are not forgotten.” 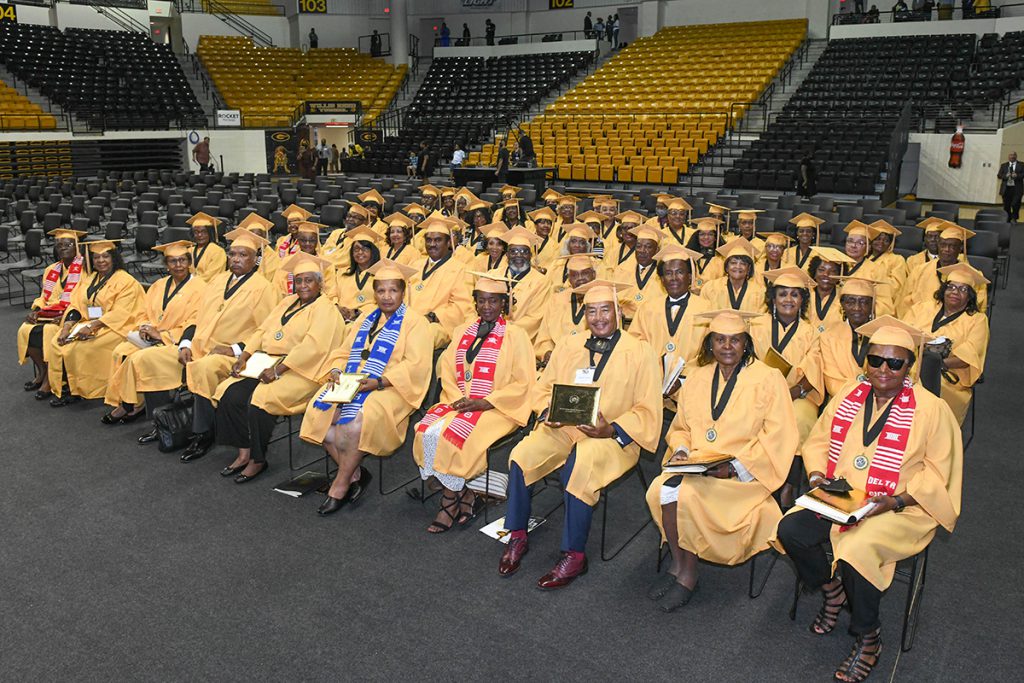 “It’s been a memorable experience we are having and we sincerely thank everyone that contributed to putting this three-day weekend together,” Slack continued. “We have a lot to be thankful for, so we give generously to The Grambling State University.”

“I have never seen a more appreciative group of people who were not only excited to reunite with one another but left with a sincere recommitment to support and engage with the University, demonstrated by their challenge of each other to donate at least $100,000 to the University this year,” Vice President Jones said. “With their renewed support, Grambling State University will be all the better.”

Audit findings show progress, areas for improvement that are being addressed